AUSTIN, TX– Rising property values and increased demand led to an all-time high in sales dollar volume in 2018 as shrinking affordability spread across Central Texas, according to year-end data in the latest Austin Board of REALTORS® (ABoR) report. 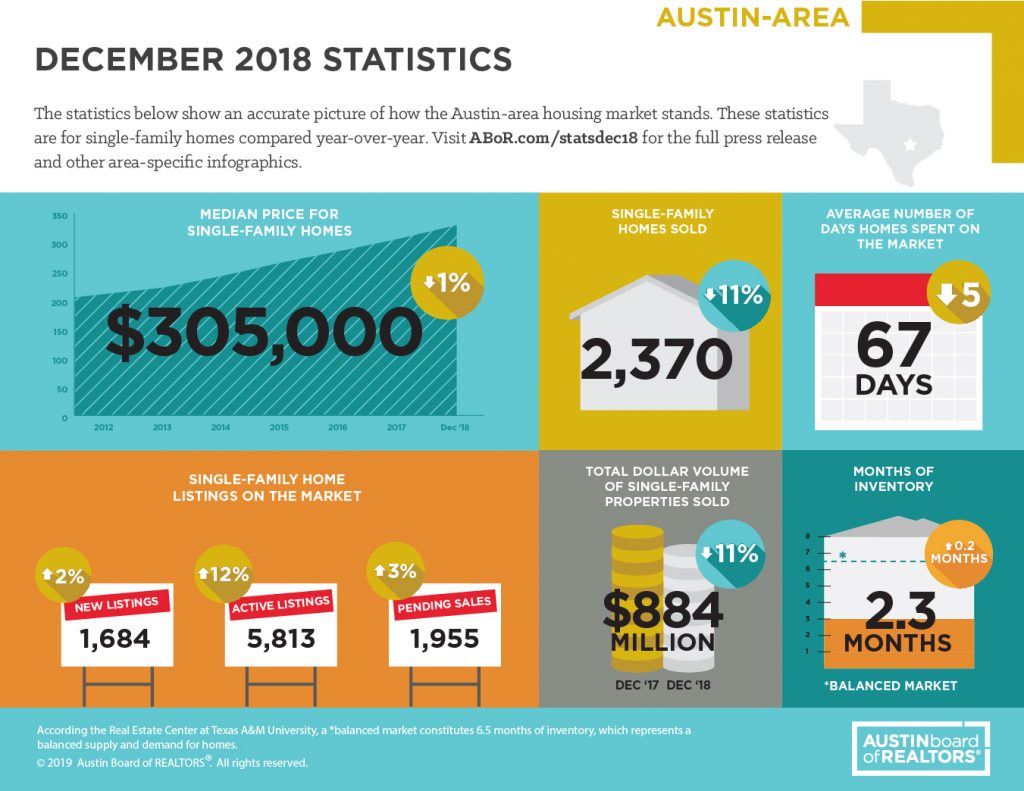 Rising property values and increased demand led to an all-time high in sales dollar volume in 2018 as shrinking affordability spread across Central Texas.

“2018 was the highest-grossing year on record, and for the first time ever, the median price for single-family homes in the Austin-Round Rock MSA (metropolitan statistical area) stayed above $300,000 for 10 consecutive months,” Kevin P. Scanlan, the 2019 Austin Board of REALTORS® president, said. “While much of the region is benefitting from these higher numbers, increasing home prices are forcing families out of the city of Austin. This phenomenon is leading to lower enrollment in schools and could lead to decreased property tax revenue and budget shortfalls.”

“Annual sales are still ahead of where we were last year,” Mark Sprague, state director of information capital at Independence Title, said. “I don’t think 2019 will be any different. Austin’s strong gross domestic product growth will continue to drive our region’s job growth and need for housing.”

What are you looking for today?